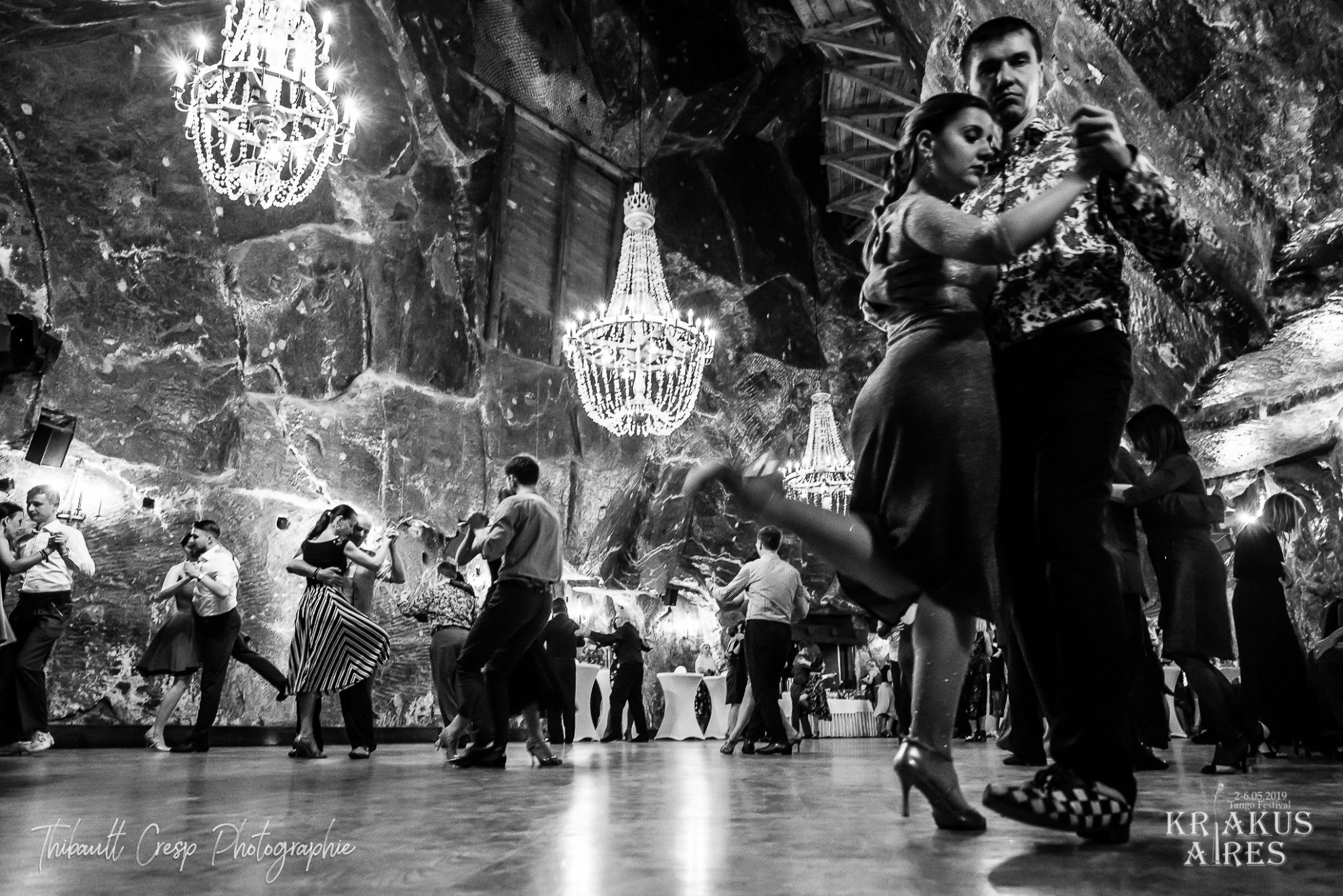 We take particular pride in the places where the festival milongas happen. Each year we bring you the most loved venues from previous editions, but also look for new, undiscovered gems. Here’s our 2022 selection:

135 underground! Dancefloor and a bar!

XIII-century salt mine, a world-class monument, featured on the UNESCO’s World Cultural and Natural Heritage List (since 1976). It’s also one of the seven wonders of Poland according to “Rzeczpospolita” magazine.

Unconventional space that serves as a bar, restaurant, and cultural institution. Spanning across three floors, located in the Kazimierz district – the beating heart of Kraków’s nightlife – is a perfect place for afterparty.

The building was designed by Jan Erlt and completed in 1881. We will dance in the large meeting room on the first floor. With a glamorous chandelier and portraits of Polish kings (painted based on the sketches by Jan Matejko), it really has a historic Cracow vibe. The building belongs to Food Craft Guild. Matejko is also an author of the guild’s emblem – the head of an ox with a star between its horns.

The palace-like building in the neo-Renaissance style, was the seat of the officers’ casino, the first environmental club in Cracow. In 1910 Neo-Renaissance decorations were replaced with Art Nouveau ones. A great ball and theater hall was created, decorated with stucco, ceiling decorations, and a recess above the stage – this is where we are going to dance.

Palace Under the Rams

The present building was amalgamated out of four adjacent Gothic burghers’ houses in the 16th century. At various times it belonged to some of the greatest magnates of the pre-partition Polish Republic, including the Ostrowskis, the Radziwills, the Wielkopolskis, and finally to the Potockis. We will have some of the most glamorous rooms at our disposal, together with the balcony overlooking the Main Square.

The Krakow Sokół headquarters was built in 1889 according to the design of Karol Knaus. Then, in 1894, it was enlarged by Teodor Talowski – one of the most characteristic architects of the period. He also introduced Romanesque and Gothic elements in the façade. Just a couple of years ago, the interior has been meticulously restored, so we can admire the original decorations.

An outstanding place established in thirties last century, that hasn’t changed its decoration ever since then! Our grandparents used to dance tango, foxtrot, and waltz there. The club is known for the jazz concerts played also during World War II. It’s most likely the only place in Poland where the tango has been danced for nearly 100 years.